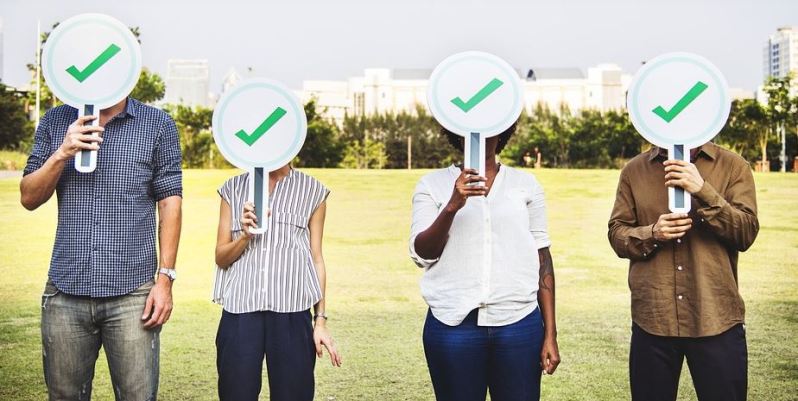 An NBC News and Wall Street Journal poll results were just released Thursday. This was one of the qualifying polls for the September debates.

In order to qualify for the September debates, the Democrats raised the stakes and decided that candidates must poll at 2 percent or higher in four qualifying polls and receive 130,000 donations from unique donors. The only candidates to get at least two percent in the NBC/WSJ poll just released are the following:

This poll consisted originally of 800 registered voters, but in order to get to a bare minimum selection size of n=400 when polling Democrats alone, they had to also include another 122 Democratic Primary voters. So, in the first batch of 800 people polled, only 278 of them were Democrats.

When Pew Research looked at the anticipated 2020 electorate, it found that 66.7 percent of the electorate is likely going to be white. Yet in the NBC/WSJ poll, a full 75 percent of registered voters interviewed were white.

Professional, management and white collared workers amount to 40 percent of the real workforce. In this poll though, they amount to 73 percent of those employed.

That’s not even the most interesting thing about the NBC/WSJ survey though. To learn how a mere eight people could have landed candidates like Rep. Tulsi Gabbard and Corey Booker a qualifying poll under their belts, read the second part of the NBC/WSJ survey analysis.